There is still much uncertainty as to the outcome of the 2020 Presidential Election. As of this writing, outcomes are still yet to be determined in Michigan, Wisconsin, and Pennsylvania. This could last for hours, days or weeks.

I don’t have a crystal ball to know what will happen. But there are trends that talk radio should be encouraged by.

Most importantly, the “blue wave” that many Democrats and media members insisted was going to happen did not happen. Joe Biden may beat Donald Trump, but it will be by a slim margin. The Republicans look like they will hold onto the U.S. Senate. And the Republicans have also picked up some unexpected House seats.

Much has already been made of how colossally wrong the polling data was, once again, for a second-straight Presidential Election cycle. There were several polls that finished this past week with Joe Biden leading Donald Trump by five points in Florida, and Pennsylvania and Michigan by seven. Trump won Florida by more than he did four years ago, and even if he loses the latter two states, it will be by a point or two. These polls were off by nearly double digits.

So why did this happen and what does that mean for our business?

This election has shown that the American people are not “down” with the woke movement that is sweeping across the nation and they will be continuing to look for outlets and information to push back against this movement. Also, the Republican Party is slowly becoming a more diverse and “big tent” party. In many ways, it’s becoming a working class, multi-racial party.

Florida U.S. Senator Marco Rubio put it very well on Wednesday morning when he tweeted out: “Trump lost #MiamiDade by 30% in 2016. A multi-ethnic working class coalition in #MiamiDade cut that margin 7% in 2020. That’s the future for the #GOP.”

That’s right. And it also can be the future for talk radio, but with a caveat: the folks in charge in the business need to also see those trends and believe it and then invest to find that audience.

Donald Trump and the Republican Party also had a better night with certain groups per some exit polls than probably many media executives would expect. Per this CNN exit polling data, Donald Trump made the most gains in 30-44 year olds, where he lost by 10 points to Hillary Clinton, but closed the gap to seven points this time around.

What programmer wouldn’t take more of the 30-44 year olds in the marketplace right now?

Granted, outside of white women (Trump +12), the other groups still heavily favored Joe Biden, but the trends were still in a positive direction for Trump and Republicans.

These voters and potential listeners are out there and would consume our content. They are disenfranchised with what they would call the “mainstream media”. That isn’t going anywhere even in a post-Trump world.

The question now becomes will radio invest in itself enough from a programming and marketing perspective to find these voters and theoretical listeners? The trends would suggest they should and would be wise to (example: just look at some of the digital growth for, as an example, Ben Shapiro’s Daily Wire), but it remains to be seen if radio will see that this audience is out there, is growing in the coveted target demo, and wants to get them to their platforms. 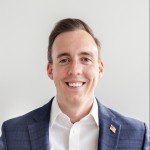 Pete Mundo is the morning show host and program director for KCMO in Kansas City. He graduated from Villanova University, and has worked for FOX News Talk Radio, WCBS Newsradio 880, Bloomberg Radio. WFAN, CBS Sports Radio, WEER 88.7FM, ESPN 1230/1320, and, K-1O1 and Z-92. He has also won an Oklahoma Association of Broadcasters small-market award for his coverage of the Bobbie Parker trial in the summer of 2011. To interact, find him on Twitter @PeteMundo.

During his show on Wednesday, Shapiro said Trump may hold power over the Republican party but when it comes to local political races, there are other factors at play. Syndicated radio host and author Ben Shapiro suggested that an endorsement from former President Donald Trump is not the golden ticket it’s portrayed to be.

During his show on Wednesday, Shapiro said Trump may hold power over the Republican party but when it comes to local political races, there are other factors at play.

“So, there’s a difference between Donald Trump endorsing a person, which I don’t think has a lot of power. And Donald Trump is destroying people,” Shapiro said via Mediate.

“He (Trump) actually talked about how Brian Kemp was terrible and horrible and no good and very bad. And Brian Kemp won because he had earned the loyalty of the Republican voting base in Georgia, despite Trump’s anger at Brian Kemp.”

Shapiro concluded that “Trump does not have the sort of stranglehold the media thinks he has on the Republican Party.”

Recently, Pennsylvania Senate candidate Dr. Mehmet Oz is one Trump-endorsed candidate that has backed away from the former president.

An Axios analysis of Oz’s social media and campaign website uncovered that the Republican candidate is no longer lauding his Trump endorsement ahead of the midterm elections this fall.

Stan Lehr is calling it quits with his final day coming July 1. Longtime WIBC-FM news anchor Stan Lehr is calling it quits after nearly 30 years behind the microphone. The Indianapolis Star reports that Lehr’s last day will be July 1.

WIBC is owned by Emmis Communications who last week announced a move to sell its Indianapolis radio properties to Maryland-based Radio One. Lehr’s retirement reportedly had nothing to do with the news of the impending sale.

“This will bring to an end a long chapter in the station’s history,” WIBC News Director Chris Davis wrote in his email. “His reputation as a stickler has been widely-known in the industry for decades.”

Davis described Lehr as a “stickler” who never wanted recognition for his work.

“Instead, he made it clear to all who work or have worked with him that strong writing, accuracy, and excellence in delivery are the best ways to serve the listeners,” added Davis.

The news conference will occur at 9 a.m. CT, leading to official remarks, Q&A, a tour of the facility, and a live demonstration at the WWL PEP station emergency studio. FEMA and Audacy’s WWL-AM/FM will present the unveiling of an all-hazards upgrade to the “Primary Entry Point” facility on June 28th.

The news conference will occur at 9 a.m. CT, leading to official remarks, Q&A, a tour of the facility, and a live demonstration at the WWL PEP station emergency studio.

Some of the speakers at the event will include Erik Hooks, Deputy Administrator, FEMA, and Kevin Cassidy, Senior Vice-President, Market Manager, Audacy-WWL.

“The modernization to the emergency studio increases WWL’s resiliency to continue broadcasting under all conditions, including natural disasters and acts of terrorism,” the statement said which Barrett News Media obtained. “This facility is one of 77 across the country that serve as a National Public Warning System Primary Entry Point (PEP) station, participating with FEMA to provide emergency alert and warning information to the public before, during and after incidents and disasters.”

“WWL is the 15th radio station in the country to work with FEMA to complete the all-hazards upgrade, which includes increased sheltering capabilities, expanded broadcast capacity, and sustainable power generation for all types of hazardous events.”

Anyone attending the event will arrive at check-in 15 minutes before the press conference starts.